Can people really change? For people like Anthony Arvanitakis, who survived a near fatal collision that cost him his leg, trauma was more than a learning experience. We talk to Anthony about how he turned his amputation into an opportunity. 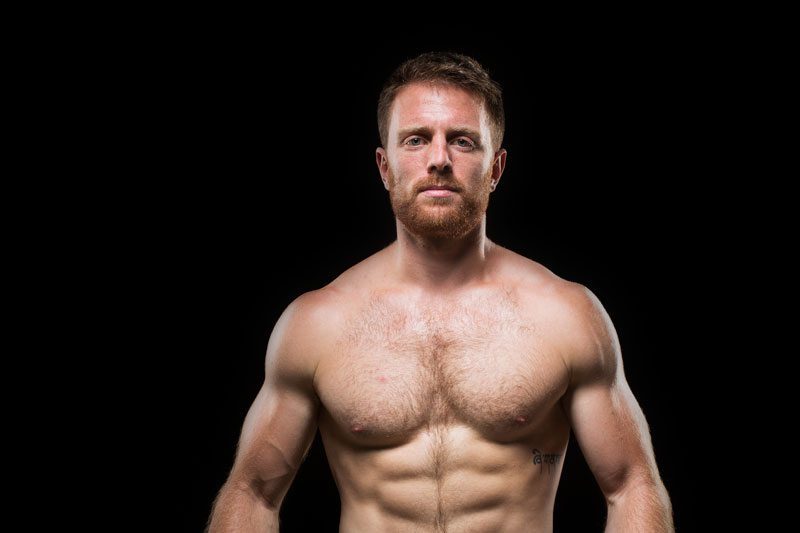 “I created a way for people to become strong and lean without going to the gym. It’s mainly based on bodyweight exercises, but I also try to spread a positive message, that we can change no matter what we’ve been through.”

Anthony spoke of his torturous experience spending five years in a hospital bed. After repeated surgeries and infections, he decided against keeping his leg. Initially he gave it his best to save his leg. After all exercise was his passion in life and he loved running among other physical activities. After repeated failed surgeries and infections though, he realized it was time for more drastic measures.

“Instead of living with a dysfunctional limb, walking with canes and crutches for the rest of my life… I decided to get a prosthetic leg and do the things I love which is fitness. 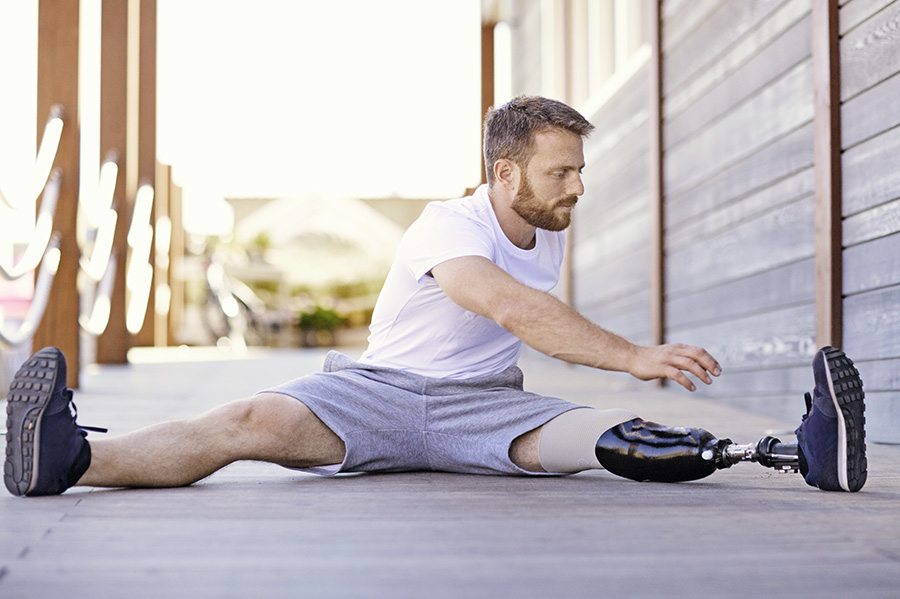 “At some point, I was working in a basement kitchen in Amsterdam cutting sandwiches. I had to stand something like six to seven hours per day. I can work pretty well if I’m moving, but standing on one place on my leg can be quite painful.”

Working on his website and creating its content was an arduous process, not unlike his physical rehabilitation after his accident. Anthony made an analogy to his recovery and the creation of his program.

“I try to frame every problem that comes along my way as a hidden opportunity: I think to myself, how can I use this problem as lever and flip this situation around to find something useful underneath it?”

Losing a leg and seeing how even such a tragedy can lead to something better helps you a lot into developing such a mindset. I actually see it as a blessing. Losing my leg for me is a big blessing because I would never be the person I am nowadays. I would never take action!

Taking action without setting a deadline requires a little something special. That can be difficult when dealing with depression, or feeling overwhelmed with the scope of a project. Anthony’s approach to prioritizing is not unlike Nike’s ‘Just Do It’ slogan: 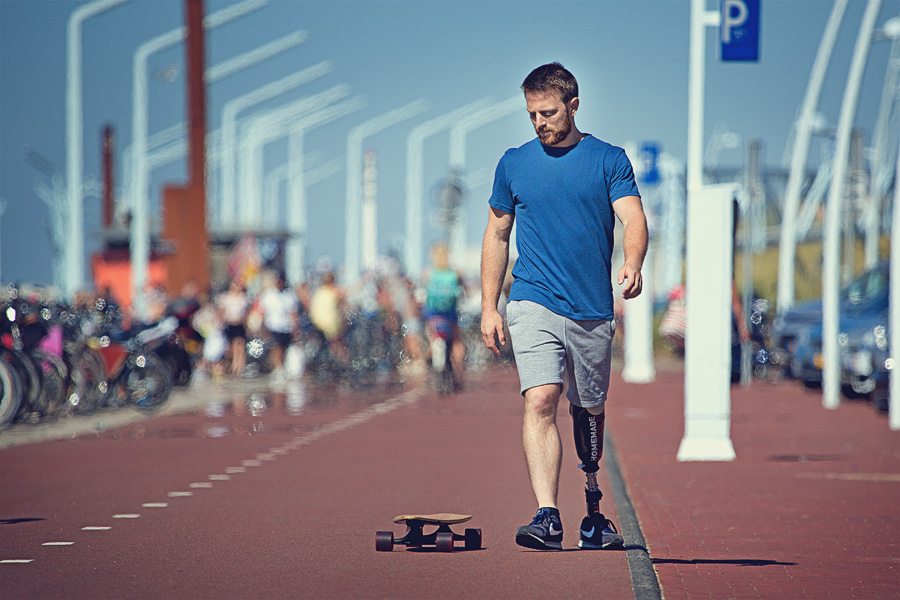 Anthony warns of the danger of going down the rabbit hole of perfectionism: “I think we need deadlines because when we’re always striving for perfection, that’s something you can really get lost in, really delay things for no reason.”

‘Deadline’ is a word that resonates deeply with Anthony. When he was 27, he gave himself a deadline: Anthony told himself that if his fitness system and book didn’t work by the time he was thirty, he was going to quit. A week after his 30th birthday he published his book and it became bestseller on Amazon.

“I like to say that I failed a thousand times before this all worked out. Three years are a thousand days: It took me about three years to start earning an amount of money I could live off, nothing too fancy, you know, roof over my head and some food.”

Part of Anthony’s success lies on his ability to focus on his endgame. How does he focus?

“The first thing that I do everyday is I meditate for 30 minutes. Meditation was basically a habit that changed my whole life, because when I decided to make all this change, amputate my leg, it all started from meditation. That’s how I got out from my depression, just started meditating. It was something I considered like a hippie thing, you know, not the thing that I would do, but I’ve completely changed my perspective on it.

“There are all kinds of benefits to it – the creativity. It’s a habit that can’t be ignored anymore because there’s actual solid science behind it nowadays. They’ve done MRI scans where they can see that the gray matter of your brain increases, productivity increases, creativity increases, your health is better. I’m a big fan of that.”

Anthony gets his inspiration from other giants in the field of online and at-home fitness. He’s a follower of Elliott Hulse, a successful at home physical fitness expert on YouTube. He also draws inspiration from Jonathan Goodman’s online fitness community, and Seth Godin a business guru — learning from how experts in online fitness shaped their business. 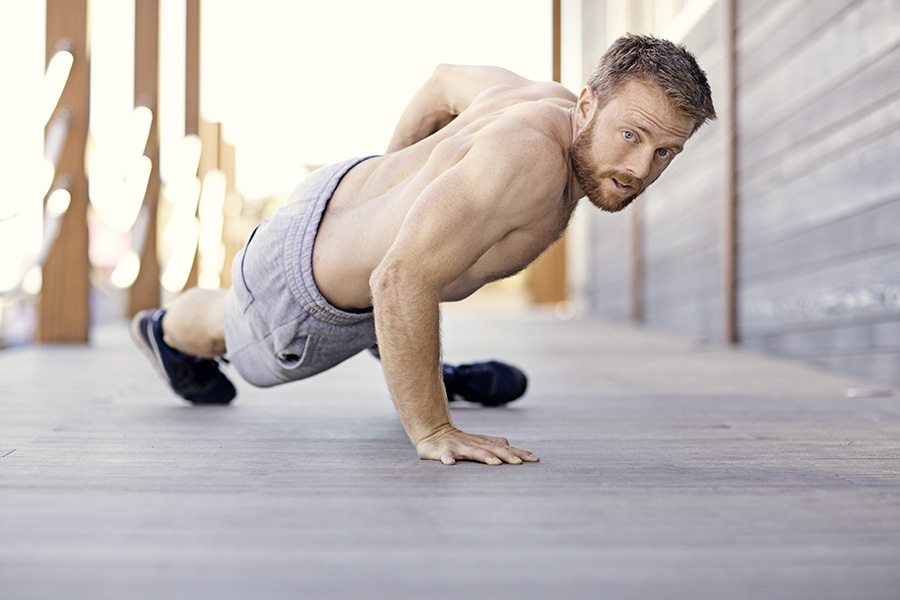 “I was a bit biased when it came to marketing. I was, like, that’s sort of like a manipulative method. Of course, there are ways that marketing can be used that way, but I also like to see it as the bright and dark sides of the force on Star Wars. There’s a good side, Which I actually think is more efficient in the long run. I believe that with everything – good always wins bad in the end! I didn’t like marketing in the beginning, but slowly I started to appreciate it and eventually I started seeing it as a philosophy because it made me a better person.

And lastly, here is how Anthony lives his life by one of his favourite quotes: “Help enough people to get what they want and eventually you’ll get what you want.”